Patty Butler Spiers attended her father’s 44th Bomb Group reunion in 2000. She talked to the old warriors about their memories, and what  their experience means to them all these years later. When the show received the coveted Edward R Murrow award, it became the inspiration for the launching an organization to professionally interview oral history. “From Mists of Time” was formed three years later. 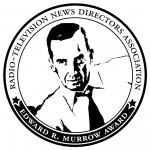